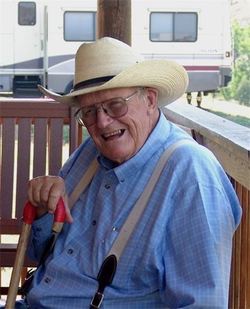 mission is to provide a place where wild horses roam free - safe from starvation, safe from thirst, safe from their cruelest predator: man. In 1988, he founded the Institute of Range and the American Mustang (IRAM), a non-profit organization that owns the 11,000-acre Black Hills Wild Horse Sanctuary southwest of Hot Springs in the Black Hills of South Dakota. The Sanctuary is home to about 350 mustangs - the horses the BLM adoption program couldn't give away - the old, the marred and the homely. Hyde, now in his middle 80s, began a love affair with the mustang as a teen, on his uncle’s Oregon ranch, helping catch and train wild horses. Ater serving in World War II and completing college, Hyde bought his uncle’s ranch, but the mustangs were gone. He took up ranching and raising a family - and environmentalism long before it became fashionable. He has written 18 books. "Sandy," published in 1968 about efforts to restore Sandhill crane populations, became a model for the whooping crane restoration effort. "Don Coyote" (1986) de-villainized the plains predator and provided a lot of the money needed to start his sanctuary. In 1986, Hyde saw hundreds of unwanted mustangs crammed into a Bureau of Land Management feedlot in Nevada, and the idea for a sanctuary was born. In 1988, with the help of then-Gov. George Mickelson, Hyde found the perfect place for mustangs in southwestern South Dakota in 11,000 acres of rugged range on the Cheyenne River between Hot Springs and Edgemont. The Sanctuary raises funds via guided tours, chuckwagon dinners, sponsorship kits, and donations. The sanctuary includes Guided Mustang Tours from Memorial Day through Labor Day, featuring not only wild horses, but also wildflowers, other wildlife, western history, geology and ancient Indian petroglyphs. In 1995, Ted Turner's production company brought more than 300 actors and crew to the Sanctuary for six weeks to shoot the movie "Crazy Horse." The $300,000 movie replica of   Fort Robinson, which originally was located about 60 miles south, has become another tourist attraction. 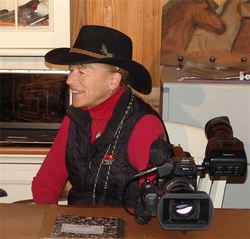 GINGER KATHRENS is an Emmy Award-winning producer, cinematographer, writer and editor as well as an award-winning author. Her documentary filmmaking trips have taken her to Africa, Asia, Europe, Central and South America and all over the U.S. She filmed and produced the acclaimed Cloud: Wild Stallion of the Rockies and Cloud's Legacy: The Wild Stallion Returns for WNET's Nature series on PBS. Cloud will return to PBS in November with Cloud: Challenge of The Stallions. Five years in the making, it is Kathrens' next chapter in the life of the charismatic wild stallion she has documented since his birth in May of 1995. Ginger's revealing journey with wild horses has been compared to Jane Goodall's experiences with Chimpanzees. Her documentation of Cloud represents the only continuing chronicle of a wild animal from birth in our hemisphere.
Kathrens was the co-producer and cinematographer of the two-hour Discovery Channel special, Spirits of the Rainforest, which won two Emmy Awards including one for Best Documentary. Additional projects for Discovery included The Ultimate Guide: Horses and The Ultimate Guide: Dogs. Kathrens also wrote, edited, and produced over two dozen segments of the Wild America series for PBS, and has filmed for National Geographic, Animal Planet and the 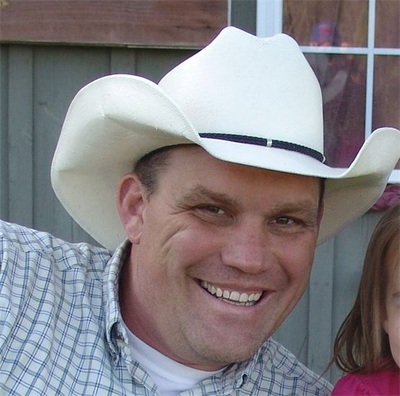 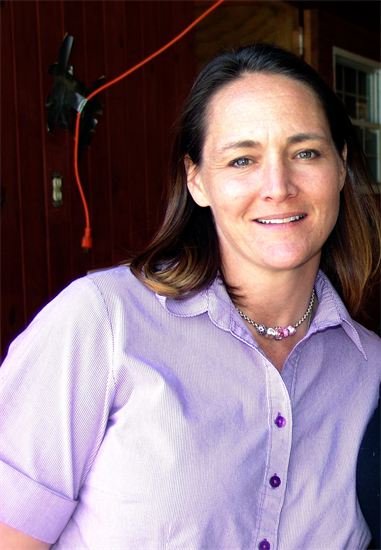 This past September, Jamie and Craig Dodson and Christina Flint of Legacy Mustang Preservation (LMP), were flown to Cody WY by Lisa Friday of The Cloud Foundation. The famous mustang herd of the Pryor Mountains and been bait trapped and culled by the Bureau of Land Management (BLM), and were up for adoption to those approved by the BLM through their application process. The Cloud Foundation was there to make sure all of the mustangs found good homes and Lisa Friday wanted to give this experience to LMP. In the end, Lisa Friday purchased and paid transport for 8 of the Pryor Mustangs to LMP in Louisa,VA. A 9th Mustang, adopted and paid for by Debbie Wilson of Maryland, was also sent to LMP to be trained before going home. While at the adoption LMP noticed Kelly, one of the Virginia Pryor 9, was pregnant. We let her settle into her new home and mid Nov, began live streaming through Marestare with the equipment they donated to LMP. Please join LMP and others around the world as we watch and wait for this baby to be born. 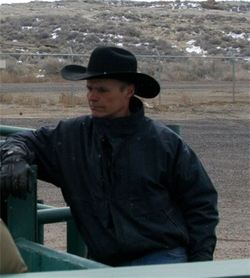 Randy Bird brought the mustangs from Wyoming and how he trained them is part of an hour-long documentary called Saving the Mustang, which aired on the Pet Network on Dec. 10 and will air on ichannel Dec. 30. The documentary also features endurance rider and songwriter Jean Albert Renaud, who brings mustangs together with at-risk teens on his Maryland ranch, and Roger William, a First Nations leader who has helped to create a 200,000-hectare wild horse preserve deep in the interior of British Columbia, according to a press release from the Pet Network. The mustang's numbers have dropped precipitously over the past century, and only a few tens of thousands now survive in parts of the United States and Canada, according to the Pet Network. 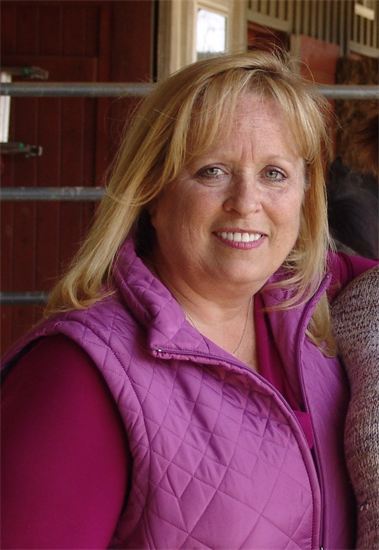 Lisa Friday was given the book "Cloud: Wild Stallion of the Rockies" as a Christmas gift by her mother. This started her on the path of helping to save the wild horses. As a wild horse advocate turned activist, Lisa has attended round-ups, investigated, videoed and reported on BLM short and long-term holding facilities, arranged for meetings with Congressional representatives of the Appropriations Committee concerned with budgeting for wild horse roundups; and most heartwarming, has adopted Cloud's daughter Rain from the Pryor Mountain round-up of 2009. Lisa is committed to educating the highly visible horse industry in the Eastern United States. Her presentations of wild horse and burro issues have been presented at several hunt clubs, riding clubs, and schools throughout Virginia 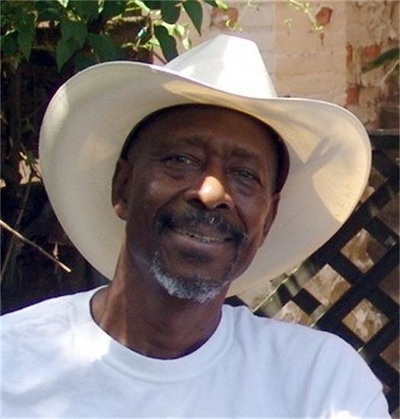 Clarke Peters an acclaimed actor with starring roles in The Wire (Lester Freamon), Treme (Albert Lambreaux), and Spike Lee’s latest film, Red Hook Summer (Bishop Enoch Rouse)—doesn’t let on one way or the other. He smiles, politely takes his leave, and heads to the liquor store across the street for ice. After returning home, Peters takes a seat at a table in the front room and ices his aching knees—both of them were surgically replaced earlier this summer. “I get that a lot,” he says of the sidewalk encounter. “The vague recognition will happen 90 percent of the time. Five percent just go nuts and scream, and the rest just say, ‘Cool,’ and keep walking.”He was nominated for a 1999 Laurence Olivier Theatre Award for the 1998 season for Best Actor in a Musical for "Chicago!" 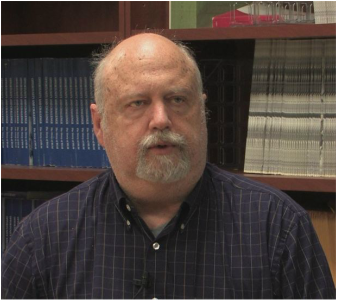 Tom Gorey, BLM spokesman for the wild horse program director Washington, D.C.
The BLM protects, manages, and controls wild horses and burros under the authority of the Wild Free-Roaming Horses and Burros Act of 1971 to ensure that healthy herds thrive on healthy rangelands.  Learn more about the program following this link, or click here to go to the feedback page. 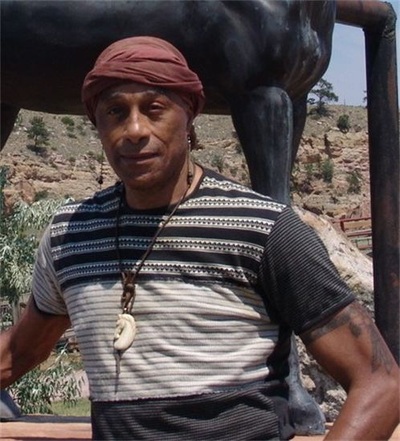 Jean Albert RenaudBeing of African-, European- and Native-American descent, JAR has a unique perspective.  From the age of three, he learned from his grandfather to respect the horse for its spirit as well as its strength. Such sensitivity has informed JAR’s ability to build a very successful horse breeding and training farm.  He established his professional breeding career after he completed a unique mentoring program that included an evolvement of classical and natural riding and breeding styles. Influenced by mentors from various tribes, he was able to emulate Native American riding techniques and refine his knowledge of wild horses. This training was followed by three years of study with master trainer Lori Davis who provided the foundation for his classical riding approach. Distinctive styles have been incorporated into his technique, and JAR’s flair, brings a unique flavor to his riding. A respect for history and tradition, a commitment to continual learning, and an appreciation for both the spirit in man and the horse form the foundation for this elite horseman named JAR. With over 50 years of experience as rider, trainer and breeder, JAR has established himself as an innovative pathfinder who successfully combines the grace of classical horsemanship with the rhythm of natural riding. 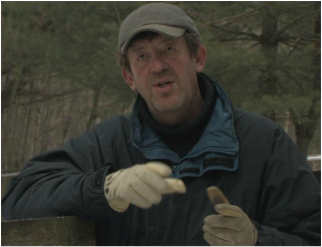 Albert Botha Produced of over 400 international television campaigns for major clients such as Toyota
,Honda, Audi, Ford, GM, Mercedes Benz, Labatt’s, Visa, American Express, Capital One to name a few. Line produced feature films such as Resident Evil, The Ladies Man and Superstar for major studios.Recently completed commercials include Toyota in Uruguay,Shoppers Drug Mart in Chile. Nikon in Canada. Capital One in SouthAfrica. American Express, Tylenol In Chile and Freedent in Patagonia. Just completed shooting Pokerstars in Toronto , Adidas in LA and
Heineken in Toronto 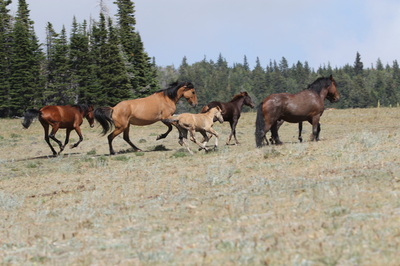 The wild horses of the west.