Free Spirits: How the American Mustang Exemplifies the
Divide Between the East and the West

Free Spirits: Saving America’s Wild Horses   opens with chaos.Short clips and sound bites from Bureau of Land Management officials, animal rights activists, news anchors, ranch owners, and horse trainers layer on top of each other. Their views conflict and emotions are high. Each speaks to the American Mustang. As of July 2019, there are roughly 130,000 wild horses roaming free or in government-holding facilities in the American West. These feral animals have a legacy that dates back to the late 1500s when they were first introduced by the Spanish. In the 500 years since, they have been fought over, slaughtered, idolized and hated.

​
Joseph Piner’s 2015 documentary, Free Spirits: Saving America’s Wild Horses, takes on the near impossible task of unraveling the identity and the management of the American Mustang in the modern west. It is a film that showcases fantastic footage of horses in the wild and understands that the greatest threat to the Mustang is the lack of understanding between east and west, scientists and cattlemen. ​ 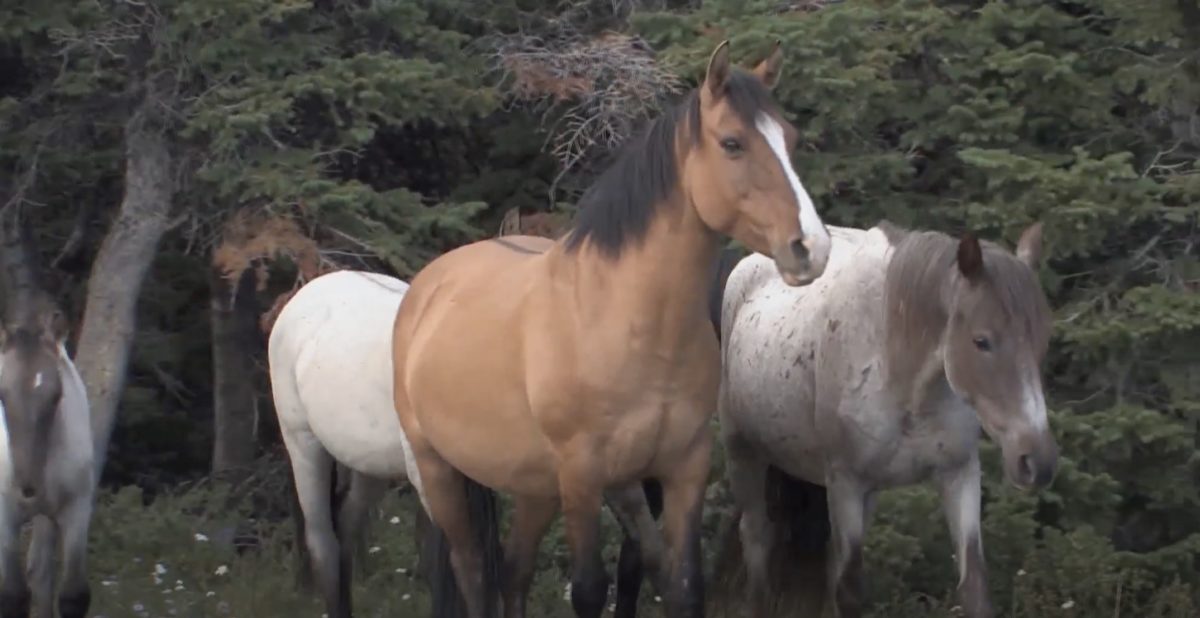 The Mustang breed has long captured the public imagination in countless books, films, visual arts, and other media. The most famous of the last 20 years include the PBS nature special Cloud: The Wild Stallion of the Rockies, in which the title stallion had a Breyer Horse molded in his honor; Hidalgo, a Hollywood movie in which a mustang wins a long-distance race in the Middle East; and The Mustang, a Robert Redford film about an inmate who finds his humanity training wild horses. While all these films are testaments to the myth, wonder, and plight of the Mustang, Joseph Piner’s documentary stands out for its understanding of the divided opinions between the western and eastern states. Many who do not live in the Rockies, the Mojave, or on the great expanses of steppe that make up the west do not know what public land is or that Mustangs call it home, despite the fact that over 640 million acres of it exists in the United States. This land, held for the American people and managed by the federal government, is earmarked for conservation efforts, cattle ranching, logging, oil and gas, and recreation.

​It is heavily utilized and often fought over. It also has very little water, which makes the stakes even higher. 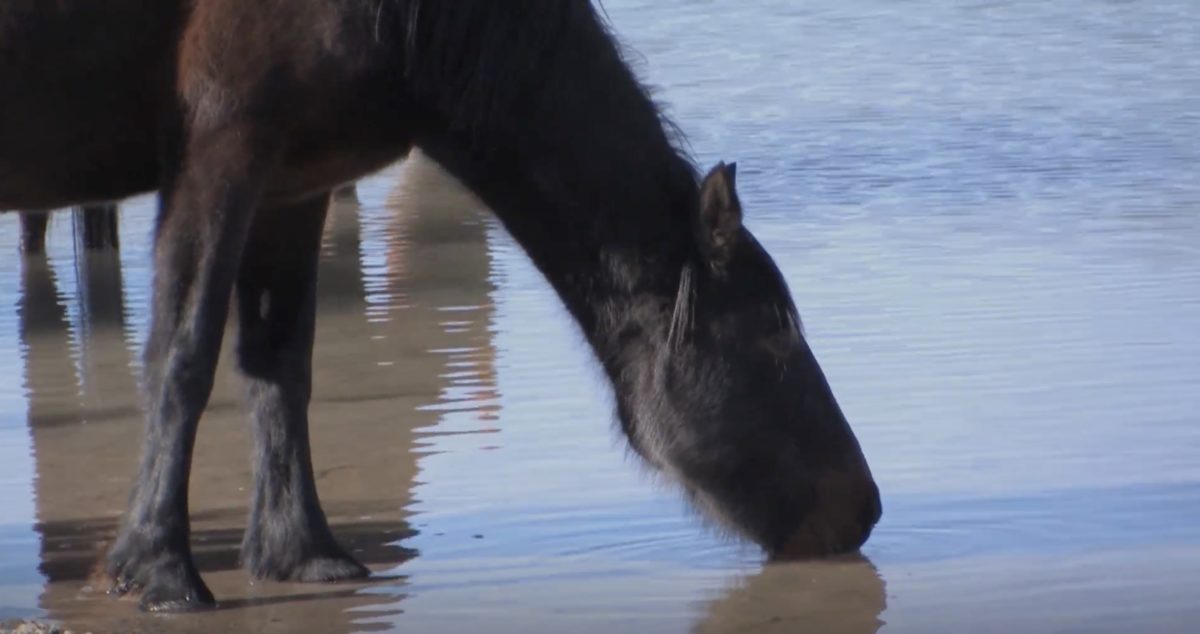 But perhaps the most problematic issue facing public lands and, by extension, Mustangs is the disparate representation of stakeholders at the decision table. Most rulings about public lands are made by the federal government, which is represented by the east and the coast in greater numbers than those who live in public land areas. Free Spirits clearly denotes this complex dynamic and how the east’s ignorance of the issues facing public land often makes matters worse. The film also briefly explains some of the Mustang management practices put in place by the Bureau of Land Management, including darting mares with birth control and roundups where horses are then either adopted out or put into holding to wait out the rest of their lives off the range. While Free Spirits has a plethora of footage about all of these strategies, it often doesn’t take the time to explain them in a nuanced way, leaving the viewer to Google their questions in hopes for a clearer picture.
A fascinating addition to the film is that it compares the messy management of the Mustang to the well-established and streamline management of the wild horses of Assateague Island off the coast of Virginia. In some ways, it’s comparing apples to oranges as the Assateague population is both smaller and well contained by the island environment. However, the juxtaposition offered interesting insight into how the horse can be used as a resource. 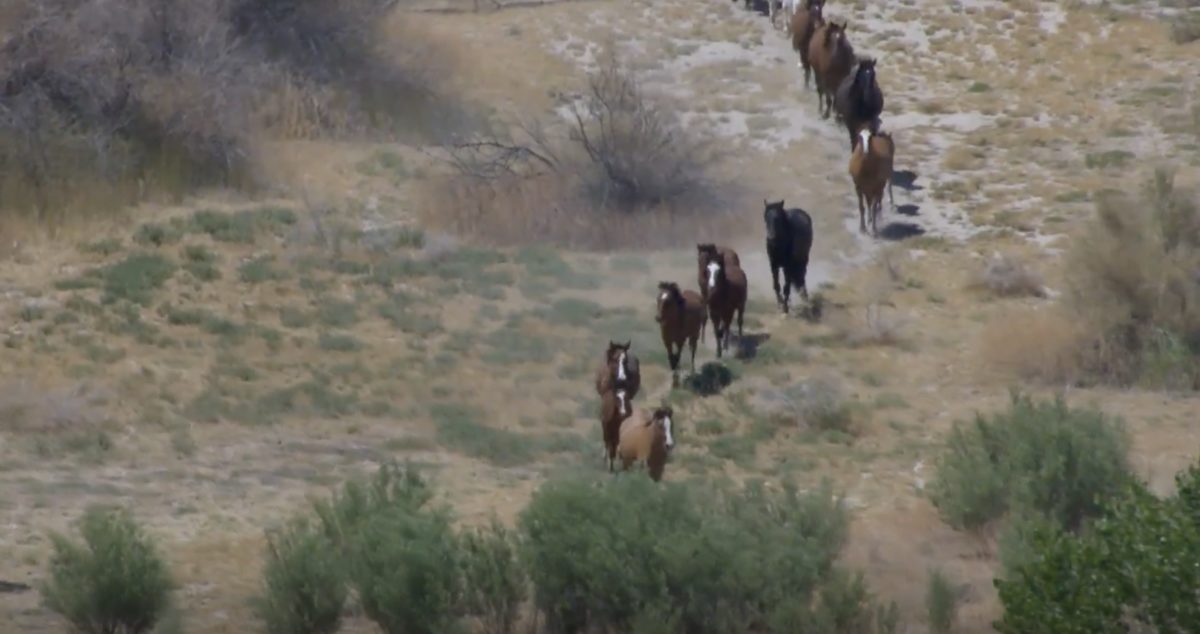 Free Spirits has an incredible cast of experts at its disposal, including ecologists, paleontologists, horse trainers, ranchers, activists, public officials, and many others. The most impressive of which was Ginger Katherns, the filmmaker who first filmed the stallion we now know as Cloud. This diversity of voices gives the film depth and credibility, but the footage is at times out of focus and the narrator offers little in way of introduction to the speakers. The film also had this strange habit of interviewing children about the Mustang, which while sweet and well-meaning didn’t serve the argument.

Another struggle for the film is its narrative organization. Often information felt dropped in hap-hazard. If it had been organized by subjects such as history, ecology, management, and adoption practices, the storyline would be easier to follow. On the other hand, this mayhem is also emblematic of the Mustang controversy. And despite its flaws, Free Spirits and its creator have spectacular footage and a compelling story to tell.